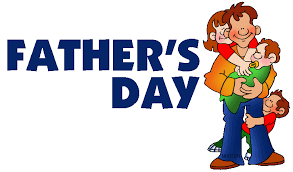 The irony of Father’s Day is that many fathers use it as “our day”, wanting to spend it alone participating in our own hobbies and desires. I have fallen into this trap as much as anyone. But as fathers day is a celebration of our fatherhood, it should be more appropriate for us to spend it with our children.

Father’s Day was first observed in 1908 in a small West Virginia town, mainly because Mother’s Day was already practiced and they didn’t want the fathers to feel left out. It wasn’t officially recognized until the mid-1960s, delayed so long because of the fear it would become commercialized (who got a tie today?).

But truly Father’s Day begins at a different time for each of us. Mine began 10 years ago about 4 months after my first son was born. As with most first time fathers, I was scared and excited. I made him a promise to do my best to take care of him, protect him, and teach him how to thrive in his time on Earth. I certainly do that better some days than others, but it is still my standard.

My second son came home from from the hospital on Father’s Day, a wonderful present, with my daughter coming along over 3 years later. I also have another daughter joining us any day, another wonderful Father’s Day present. I try to spend time with each of my children frequently, but it’s often hard and I often fall short. But that same promise I made to my first born remains in effect for all of my other children as well.

I love my kids. I want to be a good father. Someone said last week that “a bad [father] who cares is still better than any [father] who doesn’t.” This Father’s Day I’m going to make it a point to spend time with my kids, because it really is their day–I wouldn’t be able to strive to this ideal without them.

Note: this was originally published in the Wisconsin Medical Journal in 2008, which I authored as a medical student. Multiple other articles discuss the differences between the staff of Asclepius and the Caduceus, but that is not the purpose of this article.

The staff of Asclepius (Aesculapius in Latin) has been associated with medicine since ancient times. Asclepius, a son of Apollo, was a practitioner of medicine and is 1 of 4 specific gods and goddesses to whom is sworn the original Hippocratic Oath. The other element of this symbol, the serpent, was seen by the Greeks as a symbol of healing and renewal due to the continual shedding of skin, and was often worshipped to protect one’s health. While the staff is not often associated with other conventions, the serpent also serves as a symbol in the Judeo-Christian tradition and the meaning is worth looking into as it relates to the health care profession.

Sacred writings shared by both Judaism and Christianity represent serpents not only as healers and saviors, but also as destroyers. The idea of the serpent as a destroyer originated in the Book of Genesis in the Old Testament, as the devil takes the form of the serpent to beguile the first humans, Adam and Eve, into partaking of the forbidden fruit, thereby ending their stay in the idyllic Garden of Eden. The duality of the serpent, however, is possibly best represented by an account in the Book of Numbers, also from the Old Testament. As many Israelites were dying from a plague of “fiery” poisonous serpents, their leader, the prophet Moses, prayed for help. He was instructed by the Lord to fashion a bronze serpent on a staff, for all of Israel to see. Once an Israelite had been bitten by a serpent, they would be made whole merely by looking upon this bronze serpent. Though some neglected the easy charge, many were saved. The serpent has since been associated as a symbol of the expected Messiah, who it was believed would come to save Israel from spiritual and temporal destruction.

The application of this duality to medicine is unfortunately altogether too real. The majority of doctors, if not all, have seen, either as patient or health care professional, both the “destroyer” and “savior” in medicine. The destroyer often shows itself in a negative health care professional who damages hope in the patient. Sad experience shows us that this characteristic is present in all health care professionals at least some of the time. Often, physicians may not even realize that they are being cold to a patient because they are accustomed to the esteemed position they have held for years. It can be easy to forget what it is like to be a patient, to not know or understand what is wrong with your body, to not know where current or potential problems will lead you in the future, to fear that your simple symptoms hide something more serious than the more likely and lesser diagnosis, to worry about payment for services or prescriptions rendered. The prestige and regard of the profession should not lead to high-minded behavior by its professionals, but this is often the origin of the presence of the destroyer. Unfortunately, the long, difficult years of training distance us from our patients, not just in medical proficiency, but also sometimes in emotion and understanding. In order to be the savior we are trained to be, we do not necessarily need to build up hope in the patient, but simply to build up the patient by showing genuine compassion and concern. Not only is showing this empathy for the patient’s condition the right thing to do, but it can in fact improve their health. It is often said that medicine is an art in addition to a science. The mastering of the proper interaction with patients in order to provide the best care possible is the art of which is spoken, and should be further emphasized by everyone in the profession.

An example from my own life seems to perfectly underscore this duality of the medical serpent and its effect on the well-being of patients. As a 16-year old young man, my mother was diagnosed with breast cancer. The diagnosis of cancer, no matter how positive the prognosis, carries with it severe anxiety and fear for any patient, and these feelings were no different for my mother or our family. My mother came into contact with many physicians who were at least partially involved in her care. And some of these physicians were inconsiderate and unfeeling toward her condition. It is certainly understandable from the physician’s perspective to experience this apathy when very similar conditions are seen every day, in numerous patients. However, this is no excuse. In attitudes and behavior, the destroyer aspect of the serpent was on display. The physicians’ negativity was infectious, causing my mother to become more fearful, more anxious, and lose some hope for a normal life, even though the cancer was identified early and she was expected to respond well to treatment. Fortunately, my mother also experienced the other aspect of the serpent, the physicians who were saviors to her hope, outlook, and understanding of her diagnosis, and all that went with it. When these physicians took the time to talk with her and to understand what she was experiencing, the light was back in her eyes and she was able to find the inner strength to deal with her illness. One surgeon in particular showed genuine excitement and support as he ran up numerous flights of stairs in the hospital with a broad smile to report to her that the cancer had not spread to her lymph nodes. Her cancer has been in remission now for many years, and she has been able to serve as a savior to others going through the experience as a volunteer at the cancer clinic where she was treated. Looking at the situation from her perspective, and the positive and negative effect that a physician can have, I decided to become a physician myself. I hope to act as a savior for my patients, in body and spirit, instead of the destroyer.

The symbol of medicine, the staff of Asclepius, is one that has represented healing and renewal for millennia. However, as evident in the Judeo-Christian tradition, it often represents a destroyer in addition to a savior. This is evident every day in medicine, as the physician can act as either emotional and psychological destroyer or savior for their patients. As we become more aware of how the little things—a look, tone of voice, and certainly our actions—can affect our patients, we will come to represent the intended meaning of the serpent, healing and renewal, in body and spirit, and the destroyer will remain a symbol from civilizations past.